South Leicester Birdwatchers (SLB) club was formed in September 2006. Barry Raine, a well known local ornithologist had run evening classes for many years at both Countesthorpe College and Sir Jonathan North College, Leicester and it was when he announced his retirement from teaching that the idea of continuing the friendships and shared interest in bird watching was conceived.

During the summer of 2006, as is almost traditional, a few people met in a pub and SLB was formed with the inaugural meeting being held on the 13th September 2006.

Below is a picture of some of our members on a field trip to Gibraltar Point. 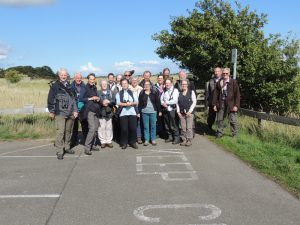